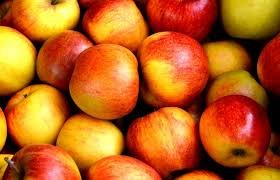 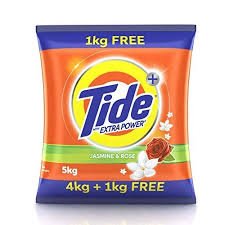 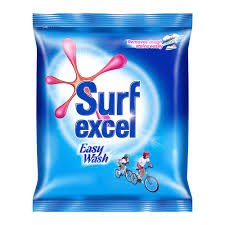 A medium apple ? with a diameter of about 3 inches (7.6 centimeters) ? equals 1.5 cups of fruit. Two cups of?fruit daily?are recommended on a 2,000-calorie diet.

Apples are also a rich source of polyphenols. While?nutrition labels?don’t list these plant compounds, they?re likely responsible for many of the health benefits.

To get the most out of apples, leave the skin on ? it contains half of the fiber and many of the polyphenols.

SUMMARYApples are a good source of fiber and vitamin C. They also contain polyphenols, which may have numerous health benefits.

2. Apples May Be Good for Weight Loss

Apples are high in fiber and water ? two qualities that make them filling.

In one study, people who ate apple slices before a meal felt fuller than those who consumed applesauce, apple juice, or no apple products (2Trusted Source).

In the same study, those who started their meal with apple slices also ate an average of 200 fewer calories than those who didn’t (2Trusted Source).

In another 10-week study in 50 overweight women, participants who ate apples lost an average of 2 pounds (1 kg) and ate fewer calories overall, compared to those who ate oat cookies with a similar calorie and fiber content (3Trusted Source).

Furthermore, some natural compounds in them may promote?weight loss.

A study in obese mice found that those given a supplement of ground apples and apple juice concentrate lost more weight and had lower levels of “bad” LDL cholesterol, triglycerides, and total cholesterol than the control group (4Trusted Source).

3. Apples May Be Good for Your Heart

Apples have been linked to a lower risk of heart disease (5Trusted Source).

One reason may be that apples contain?soluble fiber?? the kind that can help lower your blood cholesterol levels.

They also contain polyphenols, which have antioxidant effects. Many of these are concentrated in the peel.

One of these polyphenols is the flavonoid epicatechin, which may lower blood pressure.

An analysis of studies found that high intakes of flavonoids were linked to a 20% lower risk of stroke (6Trusted Source).

Another study comparing the effects of eating an apple a day to taking statins ? a class of drugs known to?lower cholesterol?? concluded that apples would be almost as effective at reducing death from heart disease as the drugs (8Trusted Source).

However, since this was not a controlled trial, findings must be taken with a grain of salt.

Another study linked consuming white-fleshed fruits and vegetables, such as apples and pears, to a reduced risk of stroke. For every 25 grams ? about 1/5 cup of apple slices ? consumed, the risk of stroke decreased by 9% (9Trusted Source).

SUMMARYApples promote heart health in several ways. They’re high in soluble fiber, which helps lower cholesterol. They also have polyphenols, which are linked to lower blood pressure and stroke risk.

4. They’re Linked to a Lower Risk of Diabetes

In one large study, eating an apple a day was linked to a 28% lower risk of type 2 diabetes, compared to not eating any apples. Even eating just a few apples per week had a similarly protective effect (11Trusted Source).

It’s possible that the polyphenols in apples help prevent tissue damage to beta cells in your pancreas. Beta cells produce?insulin?in your body and are often damaged in people with type 2 diabetes.

SUMMARYEating apples is linked to a lower risk of type 2 diabetes. This is possibly due to their polyphenol antioxidant content.

5. They May Have Prebiotic Effects and Promote Good Gut Bacteria

Apples contain pectin, a type of fiber that acts as a?prebiotic. This means it feeds the good bacteria in your gut.

Your small intestine doesn’t absorb fiber during digestion. Instead, it goes to your colon, where it can promote the growth of?good bacteria. It also turns into other helpful compounds that circulate back through your body (5Trusted Source).

New research suggests that this may be the reason behind some of the protective effects of apples against obesity, type 2 diabetes, and heart disease.

SUMMARYThe type of fiber in apples feeds good bacteria and may be the reason they protect against obesity, heart disease, and type 2 diabetes.

Test-tube studies have shown a link between plant compounds in apples and a?lower risk of cancer?(11Trusted Source).

Additionally, one study in women reported that eating apples was linked to lower rates of death from cancer (12Trusted Source).

Scientists believe that their antioxidant and anti-inflammatory effects may be responsible for their potential cancer-preventive effects (13Trusted Source).

SUMMARYApples have several naturally occurring compounds that may help fight cancer. Observational studies have linked them to a lower risk of cancer and death from cancer.

Antioxidant-rich apples may help protect your lungs from oxidative damage.

A large study in more than 68,000 women found that those who ate the most apples had the lowest risk of asthma. Eating about 15% of a large apple per day was linked to a 10% lower risk of this condition (11Trusted Source).

Apple skin contains the flavonoid quercetin, which can help regulate the immune system and?reduce inflammation. These are two ways in which it may affect asthma and allergic reactions (14Trusted Source).

SUMMARYApples contain antioxidant and anti-inflammatory compounds that may help regulate immune responses and protect against asthma.

8. Apples May Be Good for Bone Health

Eating fruit is linked to higher bone density, which is a marker of?bone health.

Researchers believe that the antioxidant and anti-inflammatory compounds in fruit may help promote bone density and strength.

In one study, women ate a meal that either included fresh apples, peeled apples, applesauce, or no apple products. Those who ate apples lost less?calcium?from their bodies than the control group (11Trusted Source).

9. Apples May Protect Against Stomach Injury From NSAIDs

The class of painkillers known as nonsteroidal anti-inflammatory drugs (NSAIDs) can injure the lining of your stomach.

A study in test tubes and rats found that freeze-dried apple extract helped protect stomach cells from injury due to NSAIDs (11Trusted Source).

However, research in humans is needed to confirm these results.

SUMMARYApples contain compounds that may help protect your stomach lining from injury due to NSAID painkillers.

10. Apples May Help Protect Your Brain

Most research focuses on apple peel and flesh.

However, apple juice may have benefits for age-related?mental decline.

Apple juice may help preserve acetylcholine, a neurotransmitter that can decline with age. Low levels of acetylcholine are linked to Alzheimer’s disease (11Trusted Source).

Similarly, researchers who fed elderly rats whole apples found that a marker of the rats’?memory?was restored to the level of younger rats (11Trusted Source).

That said, whole apples contain the same compounds as apple juice ? and it is always a healthier choice to eat your fruit whole.

SUMMARYAccording to animal studies, apple juice may help prevent the decline of neurotransmitters that are involved in memory.